25 November 2022
By Communication Team
ALL NEWS 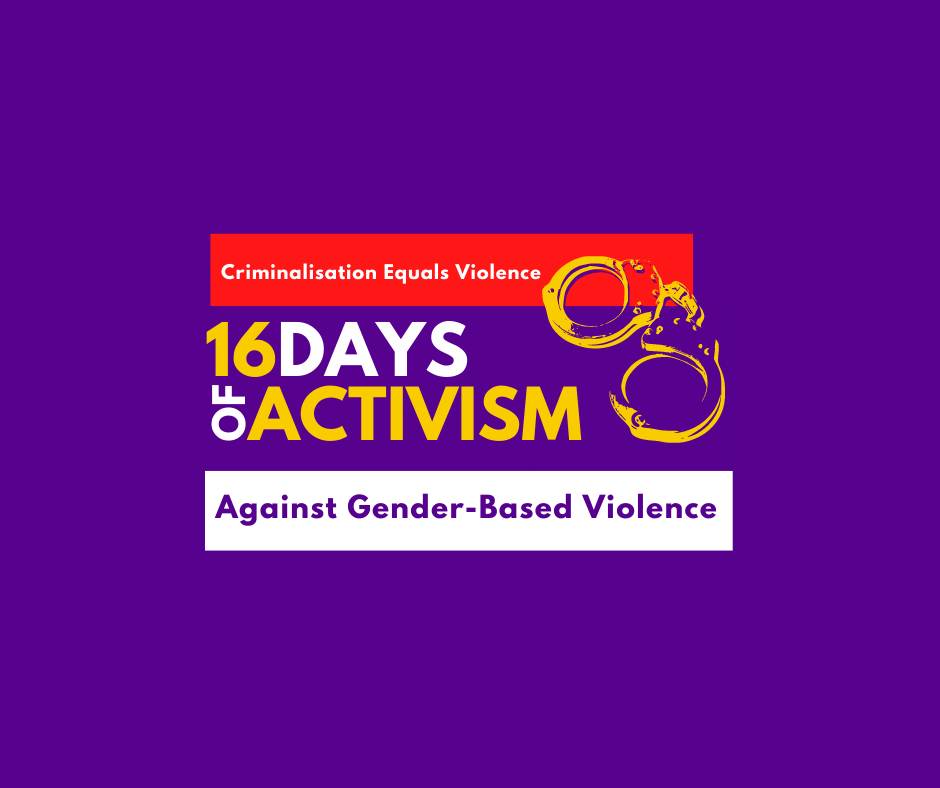 This year, as part of the International 16 Days of Activism Against Gender-based Violence, GNP+ together with partners call for an end to bad laws targeting people living with HIV and Key Populations under the theme ‘Criminalisation Equals Violence’. The commemoration is part of ‘Not A Criminal’, a global campaign to highlight the punitive laws that criminalise and cause harm to people living with HIV, sex workers, LGBTI+ people & people who use drugs.

Nearly every country criminalises HIV transmission, same-sex relations, sex work, and/or drug use in some way. These laws push People Living with HIV and Key Populations underground and away from HIV prevention, treatment and expose them to high levels of stigma and discrimination, gender-based violence, including murder.

The UNAIDS in Danger report shows that:

Women and girls living with HIV, trans and gender diverse women, women who use drugs, and sex workers living in these countries, are most at risk of heightened violence due to some or all forms of criminalisation and lack of protection from the police and governments of their countries. This violence includes forced sterilisation, rape, sexual harassment, unlawful arrests, and murder.

As part of the ‘Not A Criminal’ campaign, we demand countries replace punitive laws with evidence-based legislation to protect our communities from criminalisation, stigma, discrimination, and gender-based violence.

During the 16 days of activism (25 Nov – 10 Dec) we are hoping to raise awareness of the outdated punitive laws that violate people’s human rights and prevent them from leading healthy and safe lives.

Join us to tell our governments to repeal these laws – we are not criminals.

Use our toolkit to share campaign materials on your social media platform to raise more awareness.