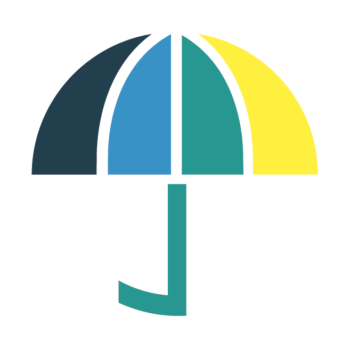 Goal 3.8 of the Sustainable Development Goals mandates Universal Health Coverage. This is defined by the World Health Organisation as health coverage that ensures that (1) all people and communities have access to the promotive, preventive, curative, rehabilitative and palliative health services that they need, (2) care is of sufficient quality to be effective, and (3) the use of these services does not expose the user to financial hardship[i].

In September 2019, the United Nations General Assembly will hold a High-Level Meeting on Universal Health Coverage, resulting in a Political Declaration that sets out Member States’ commitments and accountabilities. This Position Statement[ii] outlines the priorities that we, as people living with HIV, want to see addressed within the Declaration, alongside all other processes and plans related to Universal Health Coverage at national, regional and global levels.

As with all of the Sustainable Development Goals, Goal 3 (‘ensure healthy lives and promote well-being for all’) should ‘leave no one behind’.  However, these words – freely employed across stakeholder groups, from donors to civil society – will remain an empty slogan if Universal Health Coverage does not place the poorest and most marginalised members of our society first. This means that, rather than serving as a final check for if the strategy has worked, such community members are the starting point and remain centre stage throughout.

The logic, and moral obligation, is clear. If Universal Health Coverage works for the poorest and most marginalised – including people living with HIV and other key and vulnerable communities (who are directly and disproportionately affected by diseases and poor health) – it will work for everyone.

‘Putting the last mile first’ must apply to the mechanisms to finance Universal Health Coverage. For example, alongside fair measures to increase tax revenues, countries should develop national health insurance schemes that start from the point of premium waivers (for the poorest and most marginalised), and then address the level of subsidy to be provided by the wider population – rather than the other way around.

Improving the health of the poorest and most marginalised brings benefits at all levels – from individuals to national economies. For households and families, it can serve as an essential stepping stone towards improved wellbeing and prosperity – enabling them to break out of the poverty trap that imprisons generations, with each unable to improve its socio-economic status[iii]. Reducing out-of-pocket health costs – and protecting against financially catastrophic health events – frees up people’s resources. In turn, this enables them to improve their quality of life and health-seeking behaviour.

Currently, over half of the world’s population lack access to essential health services[iv]. Meanwhile, 45% of global expenditure on health is out-of-pocket. Without personal, private or state insurance, this pushes almost 100 million people into extreme poverty every year.

There is concrete evidence that investment in health yields results. For example, in lower and middle income countries, funding for diseases such as HIV has increased people’s life expectancy and regenerated human capital, with reduced mortality accounting for 11% of economic growth[v].

All involved in Universal Health Coverage should match their words with actions. Yet, some of the very stakeholders purporting to ‘leave no one behind’ continue to pursue policies that contradict that promise. In particular, many donors are transitioning their support out of middle-income countries – where key and vulnerable communities are disproportionately affected by diseases such as HIV and TB[vi] and where, within punitive legal environments, targeted health programmes have depended on external funding.  In too many countries, this has already led to devastating reductions in life-saving services for people living with HIV and other affected communities. Domestic investment has failed to keep pace and/or national governments have refused to fund programmes for communities that they criminalise and that they can’t, or won’t, reach.

Universal Health Coverage requires wide-ranging and well-run systems for health. These go beyond government-run and facility-based health systems to incorporate community-led and based systems for the delivery, management and monitoring of health education, prevention, support and treatment services.

Community responses complement other sectors. They bring unique added value – notably their reach to, and acceptability among, those most marginalised and vulnerable who have specific needs that are unmet by others. Community responses are dynamic – able to respond to immediate challenges and actual needs, and to make the best use of available resources.

HIV-affected communities have: mobilised millions of individuals; influenced policies and laws; improved access to services; and challenged stigma and discrimination. This has, in turn, led to better health outcomes. Community responses have also demonstrated their ability to deliver the type of wider, integrated programmes that are essential to the scale-up and cost efficiencies required by Universal Health Coverage. For example, interventions originally focused on HIV and TB have already evolved to add other critical concerns, such as gender-based violence and sexual and reproductive health and rights. Many community-run HIV testing programmes have expanded their scope to include testing for diabetes and high blood pressure.

To be effective, UHC strategies must be based on diverse and multi-sectoral systems for health – which integrate and resource  community responses as an essential component, rather than ‘optional extra’.

GNP+ wants Universal Health Coverage to build on the strengths and resources that already exist within countries’ systems for health.

These include the significant gains of over 30 years of community activism and advocacy on HIV, including by people living with HIV. This has provided a legacy of incomparable: expertise (such as on rights-based approaches for marginalised groups and gender transformative programmes for women and girls); and evidence (such as about the cost-efficiency of community-based drug procurement and the efficacy of multi-sectoral governance for health programmes). Critically, it has also provided extensive infrastructure, such as in terms of community-based networks, outreach mechanisms and referral systems.

Universal Health Coverage requires wider and integrated responses to health, such as that combine preventative and curative services, and that bring together different disease areas. However, there is no need to ‘start from scratch’, wasting both time and money. Instead, countries need to build on what’s already there – in particular, consolidating what communities already know about ‘what works’ and continuing to apply those assets to a wider and scaled-up health remit. This will provide firm and extensive foundations, to which specific, additional services and systems can be addded to fill any gaps.

Universal Health Coverage should be founded in the understanding that health is a human right, not a ‘commodity’ or a ‘privilege’. It is the right of each and every person, regardless of their social or political status, or their ability to pay. This includes community members who, throughout the world, are systematically denied their rights, such as due to being criminalised or lacking legal recognition.

To be effective, the scope of Universal Health Coverage cannot be limited to medicines, clinics and health workers. UHC must also address social justice in order to improve health outcomes. To reach and support everyone, especially those most marginalised and vulnerable, the strategy must operate within an enabling environment that protects people’s rights and safety.

Universal Health Coverage provides an opportunity to review and, where necessary, repeal laws and policies that violate human rights and harm people’s health. Social insurance plans must include provisions against discriminatory practices and ensure equity and quality in health care delivery.

Criminalisation is an especially powerful enemy to Universal Health Coverage. If vulnerable communities – such as sex workers, men who have sex with men, trans people and people who use drugs – remain penalised, efforts to provide them with effective health services will continue to fail.  If such populations cannot live openly and safely, they will neither be able to engage in the mechanisms to fund Universal Health Coverage (such as insurance schemes), nor access the packages of support provided.

Many types of HIV interventions for key and vulnerable populations – such as harm reduction for people who use drugs or sexual health counselling for men who have sex with men – are unlikely to be included in Universal Health Care packages in contexts where such populations are criminalised. Meanwhile, the subsumption of such interventions within Universal Health Care strategies risks diluting the specific needs and expertise involved in such programmes, as well as diverting funding from proven community responses.

Universal Health Coverage policies and programmes should not be so ‘blanket’ or ‘standard’ that they neglect the specificities of individual diseases and health concerns – such as stigma and discrimination in the case of HIV.

Achieving Universal Health Coverage requires action beyond the field of health alone. It also requires attention to the wider social and structural determinants of health and the enablers of a fair and just society – such as education, employment and housing. For example, without access to clean water, a stigma-free community and adequate income to buy nutritious food, medicines are not enough to achieve good health.

UHC requires collaboration among all stakeholders. However, it is essential that the involvement of the private sector is closely regulated – to ensure ethical safeguards, prevent conflict of interest and mitigate excessive profits.

However, it would be a backwards step – and cost lives – to discard the hard-fought gains of focused action on specific health concerns. For example, in developing effective plans for Universal Health Coverage, there is much to be learned from the three decades of the global response to HIV. An example is the area of governance and decision making – where people living with HIV and other key and vulnerable communities have worked alongside civil society, governments, the United Nations and donors in formal decision-making bodies, from National AIDS Committees to Country Coordinating Mechanisms (for the Global Fund to Fight AIDS, TB and Malaria). While some such bodies are under threat (in particular in contexts of donor transition), they provide concrete examples of mechanisms for meaningful engagement.

Finally, as Universal Health Coverage becomes a reality, communities such as people living with HIV must be allowed to continue their critical role as independent watchdogs. This involves monitoring impacts on the lives of real people, identifying gaps and barriers, and holding decision-makers to account.

* Builds comprehensive, people-centered and community-led and based systems

* Puts key and affected communities in the driving seat.

The Political Declaration should be accompanied by an accountability framework that establishes targets through which all stakeholders – including key and affected communities – can hold countries to account. These should include specific indicators to assess the extent to which Universal Health Coverage is ‘putting the last mile first’ and meeting the needs of the poorest and most marginalised.

[i] Universal Health Coverage and Health Financing, WHO; https://www.who.int/health_financing/universal_coverage_definition/en/