5 August 2021
By Communication Team
ALL NEWS 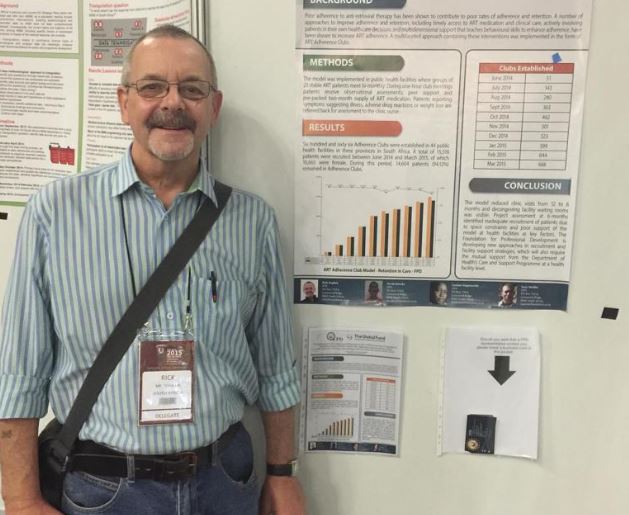 We are profoundly saddened to learn of the death of former GNP+ Board and staff member Rick Stephen. Rick was a powerful HIV activist and long-term survivor, playing a key role in the HIV movement from the early days in the National Association of People Living with HIV in South Africa (NAPWA) to his coordinating efforts in several international AIDS conferences.

His activism and pragmatism were evident at the Durban 2000 International AIDS Conference ‘Breaking the Silence’, where as well as protesting against the denialism of the South African government he organised the collection of donated HIV medicines from all over the world for distribution to people living with HIV in South Africa. Rick also managed the very successful lounge for people living with HIV at AIDS2000.

Always practical and a ‘doer’, in 2003 he coordinated the 11th International conference for people living with HIV and AIDS in Kampala, Uganda.

During and after Rick’s time as a Board member in the late 1990s, he worked with GNP+ on many initiatives and especially helped guide and support new leadership and board members with his wealth of expertise, calm approach and wise advice. Rick continued to work in the sector, was a mentor and inspiration to many, always seeking to improve services and stand up to HIV stigma. Most recently, Rick was employed at the Foundation for Professional Development as an Operations Manager for their Adherence Programme. Lifelong and loyal friend to many activists, Rick knew how to enjoy life, did not take things too seriously but at the same time did not suffer fools gladly. Two people who worked alongside Rick during his time at GNP+ remember him fondly:

Shaun Mellors: “He was Rick… quiet, focused, just getting on with things. No need for limelight, recognition or presence… just Rick. He made an enormous contribution to the HIV response in South Africa and globally. May it be remembered and celebrated.”

Having lost many friends and loved ones through the devastating period of HIV denialism and lack of treatment access in South Africa in the 1990s, Rick overcame many health challenges himself as well as living with HIV for more than 30 years. He sadly lost his battle to COVID on 2 August. Our heartfelt condolences to his husband Andrew Hammond, family, friends and loved ones. Rest in power, dear Rick.