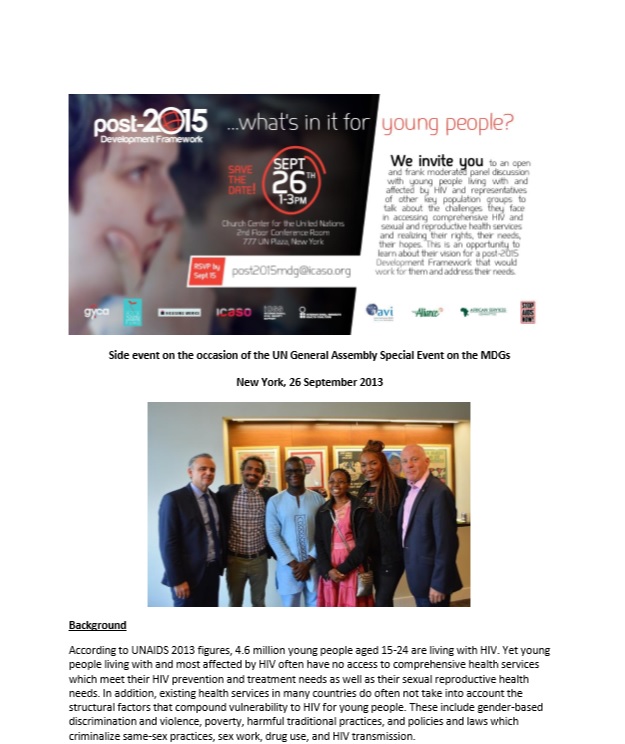 The side event “Post-2015 Development Framework…what’s in it for young people?” was held following the General Assembly 68th Session’s High Level Event on the MDGs and brought together representatives of UN Member States, UN agencies and civil society, as well as key politicians and young people living with and affected by HIV.  The aim was to facilitate an open and frank discussion with young people living with and affected by HIV and representatives of key population groups giving them a voice in the global post-2015 debate and to better understand the challenges they face in accessing comprehensive HIV and sexual and reproductive health services and their needs and hopes for the future.