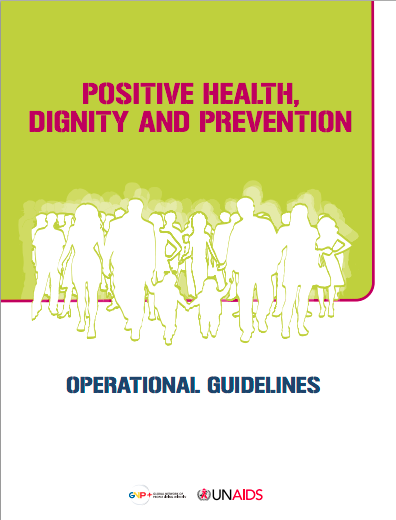 Positive Health, Dignity and Prevention represents a fundamental shift in the way in which people living with HIV are involved in the HIV response:

These guidelines articulate actions that can be taken at country level to reach the 2011 United Nations Political Declaration on HIV and AIDS: 15 million people on treatment, reduce sexual and drug-use related transmission of HIV by 50%, and stop new infections among children by 2015.

Available in English, French and Spanish