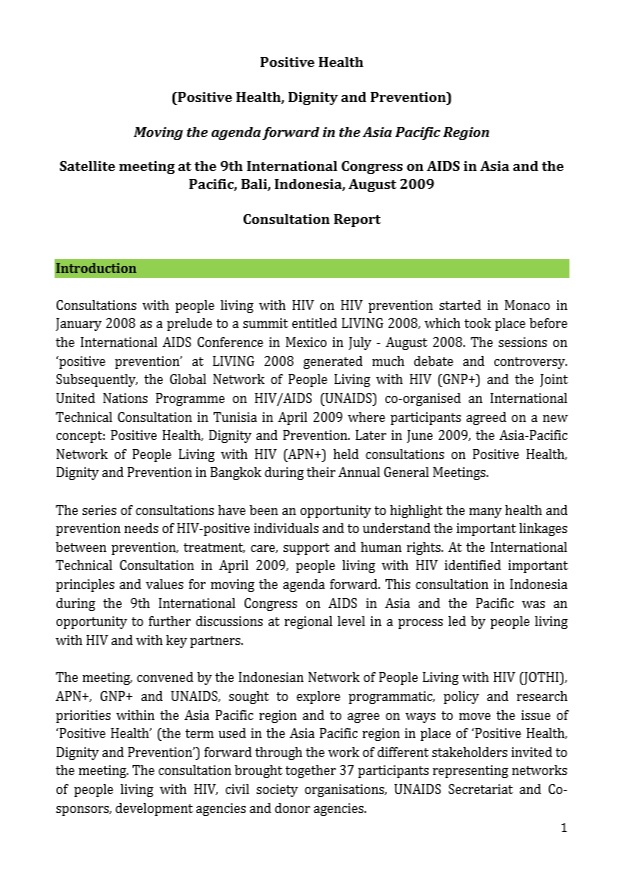 Consultations with people living with HIV on HIV prevention started in Monaco in January 2008 as a prelude to a summit entitled LIVING 2008, which took place before the International AIDS Conference in Mexico in July – August 2008.

The sessions on ‘positive prevention’ at LIVING 2008 generated much debate and controversy. This is why the Global Network of People Living with HIV (GNP+) and the Joint United Nations Programme on HIV/AIDS (UNAIDS) co-organised an International Technical Consultation in Tunisia in April 2009 where participants agreed on a new concept: Positive Health, Dignity and Prevention. Later in June 2009, the Asia-Pacific Network of People Living with HIV (APN+) held consultations on Positive Health, Dignity and Prevention in Bangkok during their Annual General Meetings.