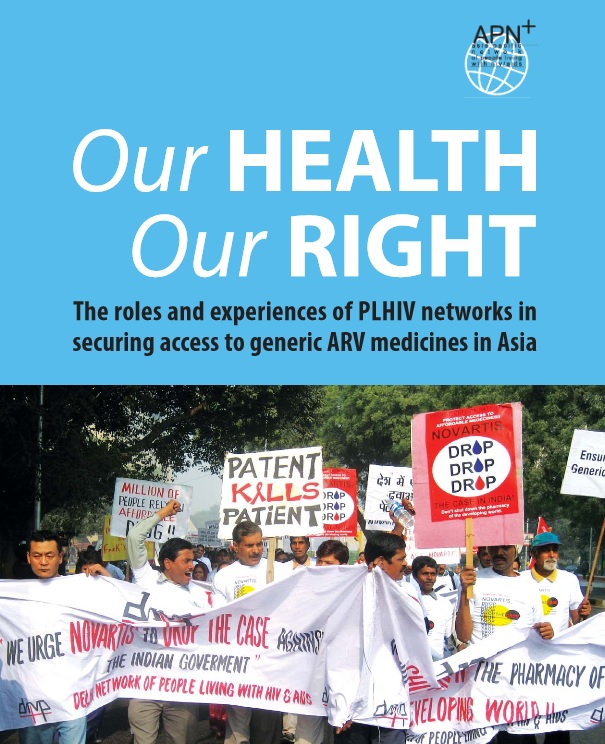 Access to affordable HIV medicines is more than just a legal or logistical issue. It is a matter of life and death for people living with HIV. It is a matter of productive life with dignity and impoverishment for the entire family. And finally, it is a matter of exercising basic human rights and the denial of such rights.

Asia Pacific Network of People Living with HIV/AIDS (APN+) and its national networks and other local positive groups in the region have been proactively addressing and acting upon the critical issue of access to affordable HIV medicines.

APN+ collective efforts to protect the fundamental right to health of highest quality have sparked international campaigns of protest against those who put profits over people’s lives.  Not only have these efforts succeeded in increasing access to more affordable HIV medicines, vital medicines for other diseases such as cancer have also been made more affordable, benefiting millions of vulnerable people in Asia and elsewhere.

This book aims to inform networks of people living with HIV (PLHIV) and concerned civil society organisations about how patents can make their medicines more expensive and what they can do about it. It provides a step-by-step basic guide to enable these stakeholders to minimise the number of medicines that are patented in their country, and still ensure that medicines are affordable even if they are patented. The book also explains how some free trade agreements and other treaties can make medicines even more expensive.

This book gives concrete examples of how PLHIV networks in partnership with key partners have reduced the impact of patents on medicines, including for medicines for the wider population in Thailand and India. It provides a clear illustration of how small local and national actions led by PLHIV can generate tremendous global impacts in today’s borderless and inter-connected world.