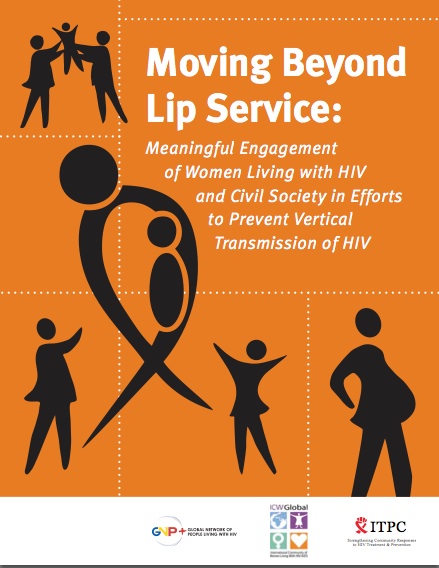 The Global Plan towards the Elimination of New HIV Infections among Children by 2015 and Keeping their Mothers Alive (Global Plan) was launched in July 2011 at the United Nations General Assembly Special Session (UNGASS) High Level Meeting by a Global Task Team, led by UNAIDS and PEPFAR.

This plan covers all low- and middle-income countries, but focuses on the 22 countries with the highest estimates of pregnant women living with HIV. The Global Plan sets out how by 2015 countries can work to ensure that mothers are supported to stay healthy and that children are born without HIV.

The civil society representatives on the GSG for the Plan aim to ensure that a wide range of civil society voices are heard as governments, UN agencies, donors and others work to make the Global Plan a reality. This report brings together the voices and messages heard from an online survey and two face-to-face consulta- tions about the Global Plan. This included: