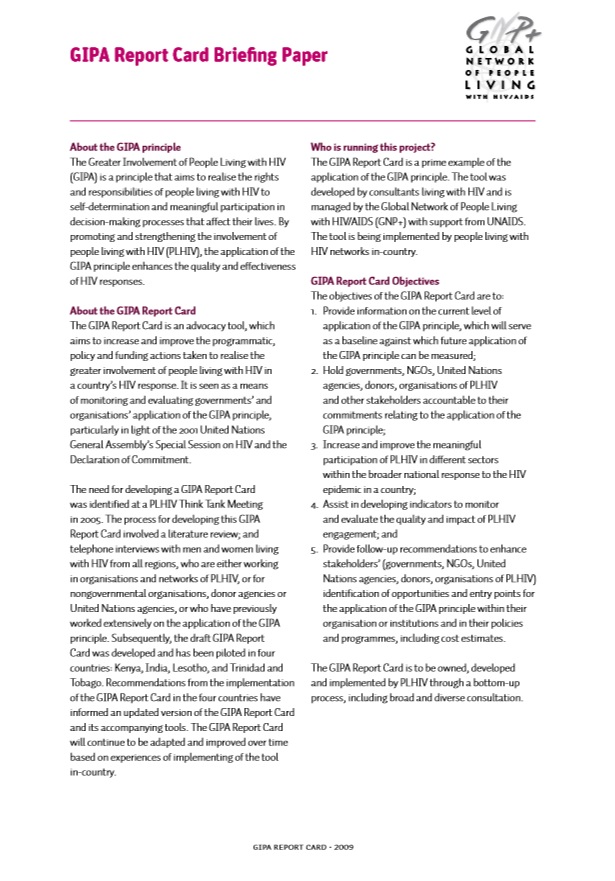 The GIPA Report Card is an advocacy tool, which aims to increase and improve the programmatic, policy and funding actions taken to realise the greater involvement of people living with HIV in a country’s HIV response. It is seen as a means of monitoring and evaluating governments’ and organisations’ application of the GIPA principle, particularly in light of the 2001 United Nations General Assembly’s Special Session on HIV and the Declaration of Commitment.

The GIPA Report Card has been used by networks of people living with HIV in a dozen countries across the globe. This Briefing Paper summarises how it work and what it is about.