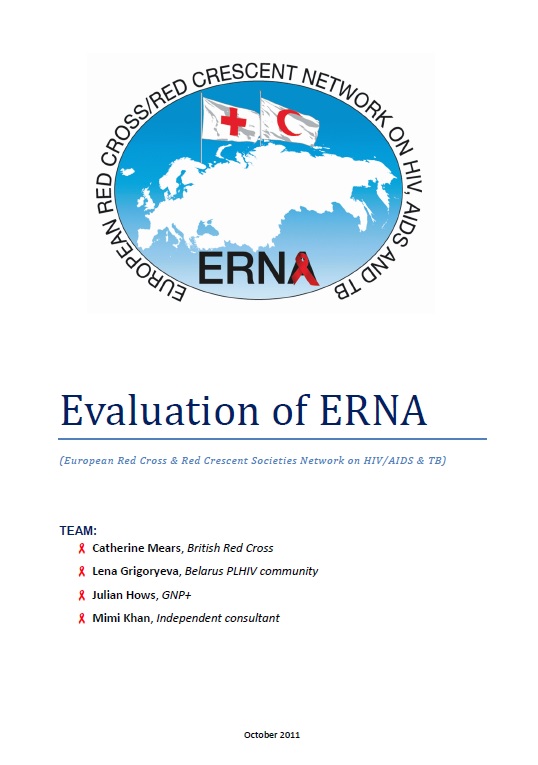 During the European Regional Red Cross & Red Crescent Conference in 2002 held in Berlin National Societies made a unanimous decision to focus on both HIV/AIDS and TB and to strengthen the network to support these activities. This was further reiterated during the 14th International AIDS Conference in Barcelona in 2002 when the Federation publically reaffirmed their on-going commitment and involvement in the fight against HIV/AIDS.

This is the first formal evaluation of ERNA (European Red Cross & Red Crescent Societies Network on HIV/AIDS &TB) since its formation in the late 1990s. It covers principally the previous 4 years (since 2007) and is based on terms of reference developed during the September 2010 General Meeting in Minsk, which include reviewing relevance, effectiveness, efficiency and impact of the network in relation to the ERNA Terms of Reference.

Available in English and Russian