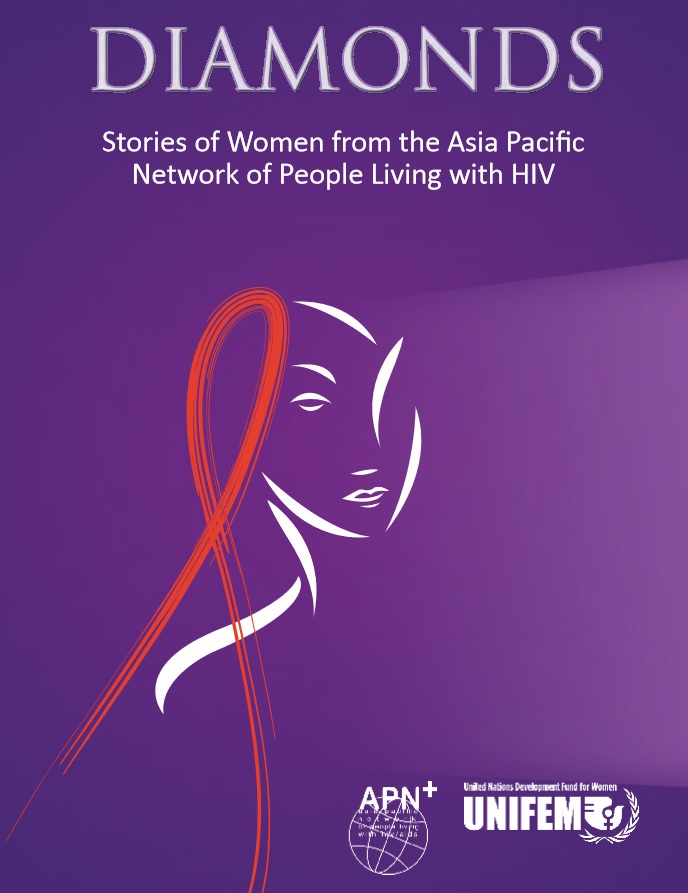 This is a compilation of stories about the lives of women living with HIV in the Asia-Pacific region. Each woman has overcome incredible challenges to become a strong leader, advocate and role model for other HIV-positive women. These women are like diamonds, formed under immense pressure, hewn from the darkness to shine, strongest and most brilliant of all gems.

APN+ is the network of people living with HIV (PLHIV) in Asia Pacific region. It was established in 1994  at a meeting in Kuala Lumpur by 42 PLHIV from eight countries. It was established in response to the need for a collective voice for PLHIV in the region, to better link regional PLHIV with the Global Network of PLHIV (GNP+) and positive networks throughout the world, and to support regional responses to widespread stigma and discrimination and better access to treatment and care.

Women of APN+ (WAPN+) was formed in 2006 as one of the working groups of APN+. Its vision is the empowerment of women living with HIV in Asia and the Pacific. Women who share their life stories  in this book are good examples of our vision being realized. They have become leaders despite severe discrimination and stigma, and are inspiring and empowering other women. Above all, these eleven women in the book are great advocates of people living with HIV rights and voices, whose stories are sometimes not being told. Through these stories, we are being reminded that the numbers indicated  in the HIV data represent people who have different life stories, stories of hopes, dreams, love, passion and life experiences to share with all of us.