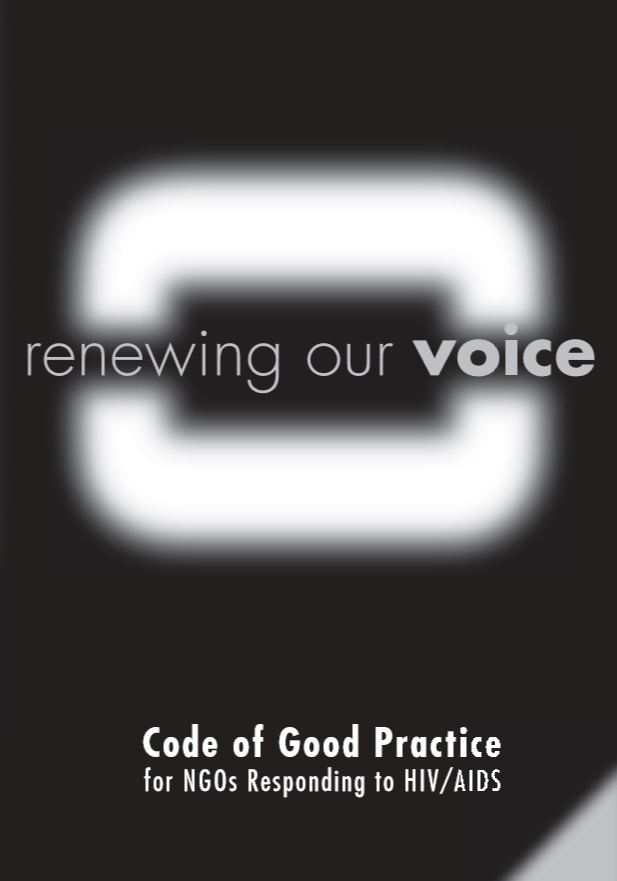 The NGO Code of Good Practice sets out a series of Guiding Principles, applying a human rights approach to the HIV-specific health, development and humanitarian work of NGOs responding to HIV and AIDS. The principles provide a framework applicable to all NGOs in the HIV response. Work on the NGO Code started around 2002 when a large number of new NGOs started to work in the HIV response. The Code helped the NGOs to learn from others and to pass on knowledge on how to work in HIV, with a full respect for the human rights of people living with and affected by HIV.

The NGO Code includes key resources such as tool kits and manuals that can assist in putting the Guiding Principles into practice. In the years after being published the Code was implemnetd by an increasing number of organisations until its signatory list reached almost 300 NGOs.