28 September 2022
By Communication Team
ALL NEWS 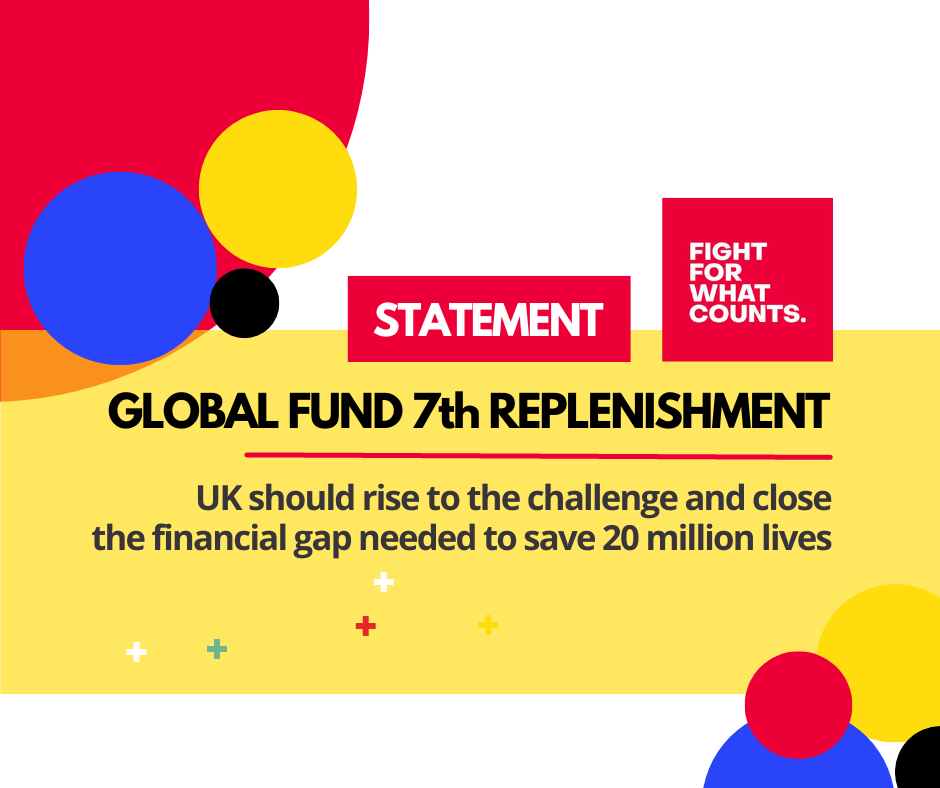 The Global Fund’s seventh Replenishment campaign came to a close last week, seeing an investment of US$14.25 billion in pledges from governments and private sector donors. This year the Global Fund’s seventh Replenishment made an investment case call of at least US$18 billion from donors to support low- and middle-income countries to get back on track to end AIDS, TB, and Malaria as public health threats by 2030.

However, 20 million lives living and affected by the three diseases were dealt a blow, when the target of US$18 billion was not reached due to countries like the UK halting their pledge at a very critical stage of the pledge. Without the pledge from the UK, the replenishment is short of US$3.75 billion. As the Communities Delegation has indicated, ‘if the pledges stop at US$14 billion and the target of US$18 billion is not reached, it means only 15.5 million lives will be saved and 4.5 million lives will end prematurely.’

“GNP+ is calling for a renewed commitment from worldwide leaders to continue saving lives. More than ever, efforts need to continue to end HIV, TB, and Malaria. People around the world continue to face the effects of inequalities, social injustice, and lack of access to health services and health promotion”, Rodrigo Olin, GNP+ Board co-chair.

According to the Global Fund 7th Replenishment Investment Case report, ‘If we fail to step up investments in fighting HIV, TB, and Malaria, we must accept that we are effectively abandoning the 2030 goals to end these diseases as public health threats. Even worse, we risk surrendering the gains we have collectively fought so hard and invested so much to achieve, leaving people to die and entire communities behind. The economic costs of prolonging the fight against the three diseases far outweigh the additional investments needed. The cost of lives will be measured in millions.’

“Our HIV response progress has been losing momentum, resources for HIV are decreasing and inequalities are widening. The global HIV targets were missed and the pandemic continues to grow. The Global Fund has saved 44 million lives since its creation 20 years ago, meeting the target of US$18 billion will allow it to save over 20 million lives in the upcoming  3 years”, Sbongile Nkosi, GNP+ Co-Director.

We applaud the 73 governments and private sector donors including the US, Korea, South Africa, Kenya, and many others who have headed the call and risen to the challenge, and raised their pledge to meet the 30% increase. Their efforts to get the world back on track and save millions of lives are commendable, now we call on their counterpart the UK to play their part, stand by their commitment, close the financial gap and show strong commitments to end AIDS, TB, and Malaria.