8 March 2022
By Communication Team
ALL NEWS 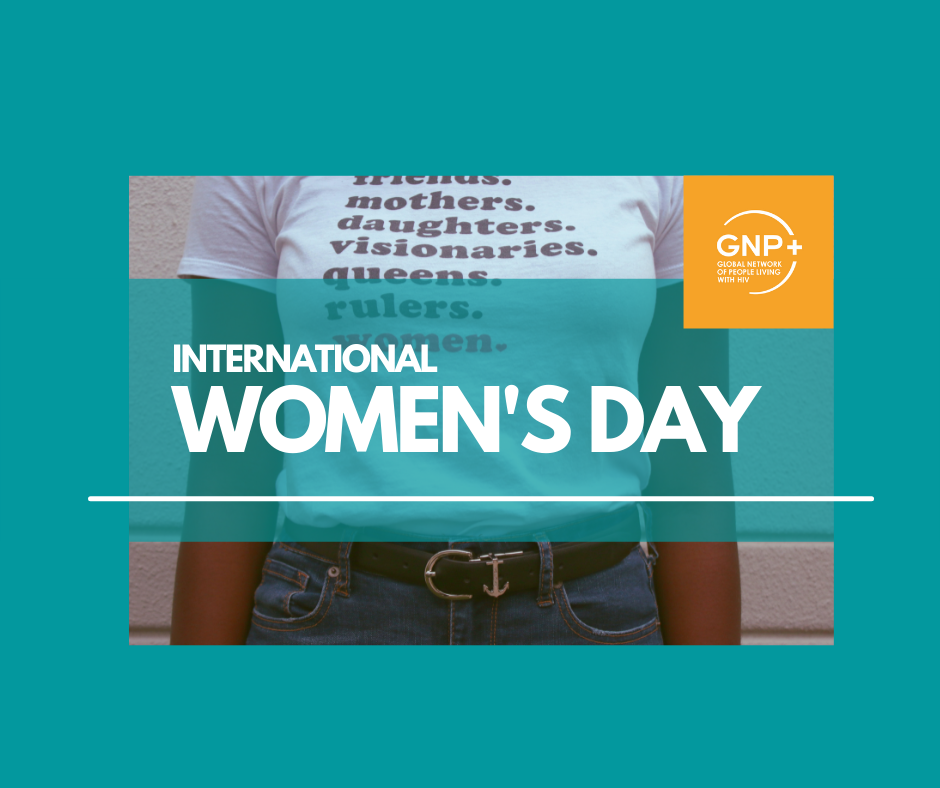 On this International Women’s Day, we join peers, colleagues and partners to celebrate the incredible achievements of women all over the world in ensuring access to HIV prevention and treatment, including Sexual Reproductive Health and Rights (SRHR) services.

The road towards a sustainable tomorrow is held by this foundation based on women’s fearless, resilient mobilising and action worldwide. As young feminist activists, we acknowledge the incredible role that the women in our diversity continue to play to promote gender justice and ensure women and girls’ rights remain on the agenda at global and national levels. Although some progress has been recorded in recent decades, an ultra-conservative robust backlash threatens bodily and sexual autonomy, decision-making power, and the dignity and safety of women, girls, and other sexual minorities. COVID-19 has exacerbated gender inequalities, imposing financial hardship, especially on women. Additionally, blind spots to the specific challenges endured by women who faced multiple forms of discrimination – such as women who inject drugs and engage in sex work, and LBQ young women – continue to reproduce gender inequalities within the HIV response, undermining efforts to end HIV / AIDS.

Women and girls, particularly women from key-populations (female sex workers, women who use drugs and transgender women, LBQ women) continue to be marginalised and most impacted by HIV[1]. Conservative social norms and patriarchal perceptions on gender roles often disempower women and girls, preventing them from making autonomous and well-informed decisions about their sexual lives and health, putting them at higher risk of acquiring HIV. 40 years into the HIV epidemic, AIDS is still the leading cause of death of women of reproductive age[2]. Ensuring access to SRHR services is critical to promote gender equality and empower women and girls to lead healthy lives, challenge harmful power relations and open doors to opportunities.

Most countries criminalise sex work and drug possession and/or use. These punitive laws fuel stigma and discrimination and create an unfavourable environment that makes women living with HIV, sex workers, women who use drugs, transgender, lesbian, bisexual and queer women face challenging barriers to access essential and life-saving health services for fear of judgment, eviction, getting a criminal record, incarceration, deportation, loss of rights to care for their children, and loss of inheritance rights.

Data from HIV Policy Lab show the significance of supportive legal and structural environments in realising HIV goals and targets, especially among women and girls. Evidence shows more progress in national HIV programmes in countries with clear laws promoting non-discrimination, human rights and robust gender-based violence responses. In 2021, during the UN HLM on HIV/AIDS, UN member States committed to creating such a supportive legal and structural environment to address the inequalities faced by people living with HIV, key populations and women and girls in the HIV response. By 2025, countries that adopted the HLM Political Declaration must reduce by 10% or less the proportion of:

➔ Women, girls, people living with, at risk of and affected by HIV who experience gender-based inequalities and sexual and gender-based violence

➔  People experiencing all forms of HIV-related stigma and discrimination

Now is the time to bring these commitments that impact women and girls into action! We urge governments, donors and implementing partners to:

It is time for all of us to end biases that fuel marginalisation and inequality, hampering women’s access to HIV and SRHR services. It is the right thing to do to realise the global commitments to end AIDS by 2030.

[2] Read the press release We’ve got the Power