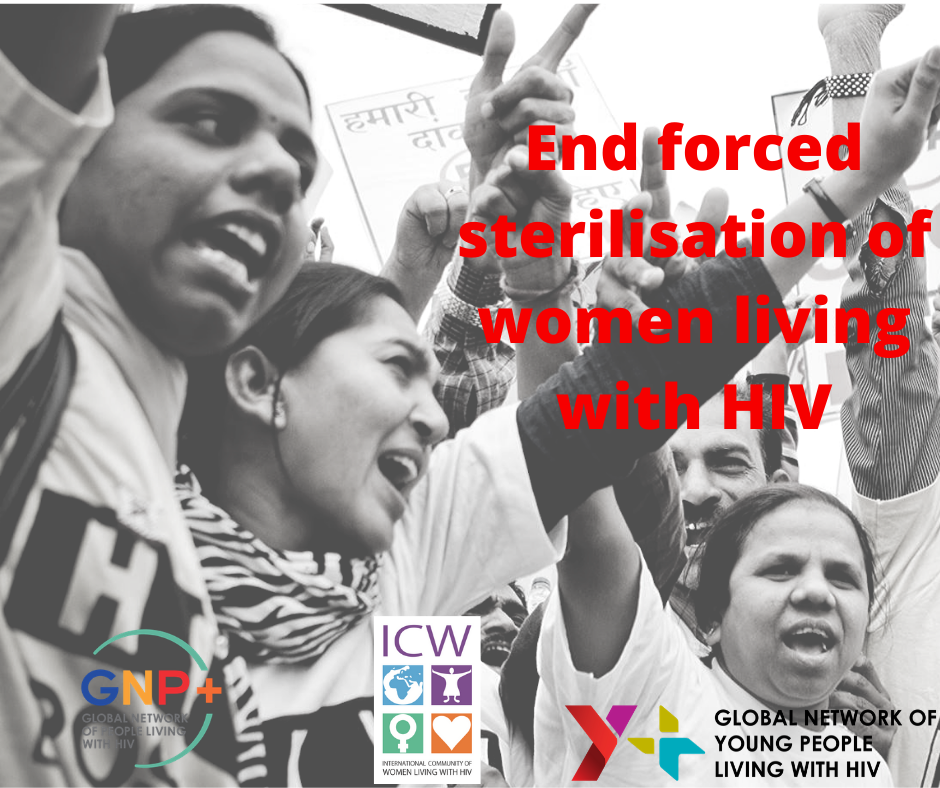 The forced and coerced sterilization of women living with HIV has been documented in over 31 countries around the world, including 9 countries in Eastern and Southern Africa. Women and girls who face discrimination, including on grounds of HIV status, have been disproportionally targeted by the practice. “Women of reproductive age around the world, particularly those of us living with HIV, continue to experience and targeted by outdated and harmful attitudes that manifest in violations of our rights. We look to the women who came before us as inspiration to claim our sexual and reproductive health and rights!” said Annah Sango, Y+ leader.

Forced or coerced sterilisation of women living with HIV, not only violates human rights but it also makes no sense as a public health rationale, and ignores well established elimination of vertical transmission of HIV practices that have existed for two decades. The practice violates established international human rights law, including the rights to bodily integrity, full, free and informed consent and the right of women living with HIV to marry, to have a family and to decide freely on the number and spacing of their children as enshrined in the Convention on the Elimination of all forms of Discrimination against Women (CEDAW).[1] The sterilisation of women living with HIV violates governmental obligations to respect, protect and fulfil the right to the highest attainable standard of physical and mental health and represents a form of violence against women and has been recognised as torture— violating women’s rights to be free from cruel, inhumane, or degrading treatment or punishment.Forced and coerced sterilisation is under no circumstances a legitimate method of prevention of vertical transmission and sterilisation is never an emergency procedure that justifies suspension of an individual’s rights to informed consent.

The South African Commission for Gender Equality (CGE) recently confirmed findings  that  women living with HIV in two provinces were sterilized without their informed consent in public hospitals on the basis of discrimination related to their gender and HIV status, as they have long claimed was the case. ICW, in partnership with Her Rights Initiative, lodged the complaint in 2015 on behalf of 48 women living with HIV who suffered forced or coerced sterilization in state hospitals.The CGE’s investigation focused on 15 hospitals and included meetings with the South African National Department of Health and onsite inspections.

“Women living with HIV who brought this complaint have shown tremendous bravery in standing up to the pervasive stigma and discrimination they experience in healthcare settings and claiming their rights to bodily autonomy and to choose whether and when to have a family”, said Sharon Mashamba, Regional Director, ICW Southern Africa.

ICW’s documentation detailed the harrowing experiences of women, who endured humiliating and degrading treatment from healthcare workers. Women were asked to sign consent forms while in labour and some while they were being prepared for Cesarean section surgery. In most cases signing the consent forms was a pre-condition to receiving medical treatment. The women reported that they were misled by doctors who told them they should not have children because they were HIV positive. The women described being powerless due to being in labour and the unequal power dynamics characteristic of healthcare settings.

“Women living with HIV continue to be subjected to egregious forms of reproductive oppression in healthcare settings. Until these practices are ended everywhere and until women who have experienced these violations have justice, we must keep fighting” said Sophie Brion, Human Rights Lawyer.

ICW, GNP+ and Y+ call on all governments to explicitly prohibit sterilization without free, full, and informed consent and in cases of violation to ensure justice and remedies including reparations to survivors and their families and swift action to hold accountable medical providers who forcibly sterilise women living with HIV.

This statement is based on the Press Statement by the International Community of Women Living with HIV which can be found at:  https://tinyurl.com/qt3wgqa